“To listen to Ophelia’s story one must hear what is unsaid. In Dealing with Ophelia we give voice to Shakespeare’s character using the environment of DUMBO’s waterfront and the movement of a sole performer.”

Another version of Dealing with Ophelia was produced by Unicycle Productions LLC and presented  at Figment NYC Festival / Governor’s Island, NY, June 8-9, 2013 (this was a significantly different version set specifically for Figment Festival/Governor’s Island):

In Dealing With Ophelia we use the street as the entire space for our purpose, as well as the audience to create a different vision of Hamlet‘s Denmark. Here, Ophelia is not a weakling – but one angry girl.

Mimes take on the roles of the court and Ophelia gives voice to her rag; Laura Brackley dances out Ophelia’s side of the story. Rosencrantz and Guildenstern, played by Anita Holland and Nick Bayne, assist Ophelia in giving payback to the court that wronged them and the rest of Denmark.

Music fills the street as Ophelia leads the charge in mischief- “vandalizing” Elsinore. With hundreds of water balloons given to the audience, cast and audience join together as citizens of Denmark to attack “Elsinore.”

Unicycle Productions invite you to play with us, play with the profound questions, the world classic, the entire street (or island), and most importantly with each other.

Street theater for us is a modern form of theatrical art in the highest sense of the word, but taken to the streets, to the roots of its history and purpose, and always necessarily delivering an element of surprise, joy, and game, transforming the ordinary into an extraordinary, fantastic world.

It’s a joy for us to see the mundane spaces, those corners of the street that we go through each day without noticing on the way to work or lunch, suddenly transformed into a different world, even if fleeting, but the memory of witnesses remains forever. The same thing that brings the “joyful discovery” in the unusual setting of the old issues.  Sonia Kozlova & Carin Jean White

Carin Jean White is a director, writer, and visual artist from the Bay Area. Last summer you may have seen her directing work in “Spiegelworld: Empire on Broadway”. Recently she directed “HAMLET CU3ED,” which was a hybrid between performance and installation. Favorite directing projects have been “Empire, Secret Life” (presented at the Prague Quadrennial), “Rivers and Tributaries,” “Room 603,” and “Miss Julie.” She has worked with Broadway Asia, Spiegelworld, Sundance Theatre Lab, California Shakespeare Theatre Company, Brooklyn Conservatory of Music, and Performance Workshop (Taiwan) amongst others. Play-writhing credits include “HAMLET CU3ED,” “Rivers and Tributaries,” “Room 603,” “Secret Life,” and “Dealing with Ophelia.” She has also penned and directed two short films: “Shell Mounds” and “Love Myth.” International work includes directing “The Secret Life of a Street” in Prague at the Prague Quadrennial (Unicycle Productions, Sonia Kozlova), a site-specific performance; assisting Stan Lai at the National Theatre of Taiwan on “Happiness Lessons;” and consulting on a new flamenco-theatre piece in Madrid. White created a permanent visual installation of a kinetic sculpture, entitled “Memory Trees 4.14″ at St. John’s University in 2012. The installation is a dramatization of memory and invites the viewer to interact with the tree. She has also presented her work at the North Eastern Writing Conference. White received her MFA in Directing, studying under Anne Bogart and Brian Kulick at Columbia University. She currently resides in New York. www.carinjeanwhite.com

See more here: about Dealing with Ophelia in Russian! 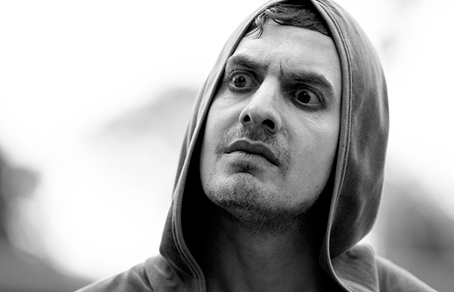 Previous production by this team